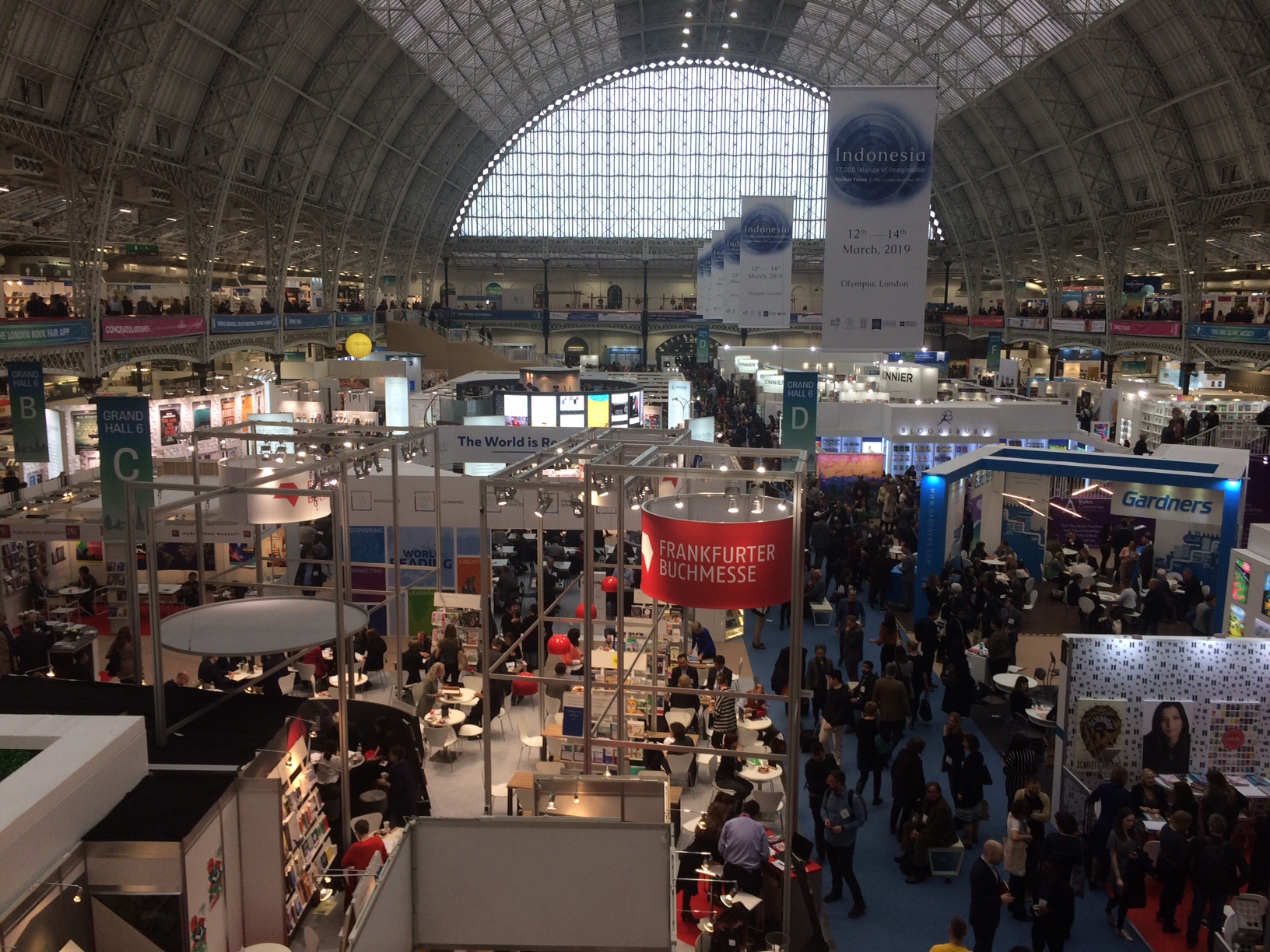 I visited the London Book Fair for the first time recently at the historic Olympia in London and was fascinated by the engine of the publishing industry on display. Around the big 5 trade publisher areas, hordes of suits were getting down to business – agents, authors, editors you name it all fuelling the fantastic world of books via deals and pitches. Take away that book element though and you’d think you were in some kind of trade convention. Well, I guess we were. The business of publishing, let’s not forget, is fuelled by the creative writers of this world, without which it would not exist.

Squirrelled away behind the vast Children’s publisher section was the hidden gem of Author HQ. Sponsored by IngramSpark and KDP this little Indie paradise featured some great talk panels. Indie giants Mark Dawson, Rachel Abbot, LJ Ross and Barry Hutchison was led by Kindle UK Manager, Darren Hardy on the subject of self-publishing as a business. There’s a great insight at the beginning of this Self Publishing Formula podcast video on LBF and Author HQ in particular.

Later I also caught a good panel on Indies getting their books into bookstores with Amy Collins (New Shelves Books), Robin Cutler (Director of IngramSpark) and Orna Ross (Director of ALLi). I highly recommend the ALLI book on the subject for any authors wanting more of this.

I had also booked a meeting with Stuart Bache, book cover designer for a beady eye over the existing catalogue. Stuart has designed covers for notable authors such as Stephen King, John Le Carre, Mark Dawson and many more. The verdict was generally a thumbs up although there were pointers on improvements that could be made. I really hope to work with Stuart and his team in the future and can’t thank him enough for his time.

Lessons learned for next time is planning. There is so much going on you really need to have a schedule for any talks or seminars you want to attend as well as meetings. All in all, I loved my few days at the fair. The vibrancy and energy is amazing and if you have any interest in the publishing industry mark your calendar for next year.