Notes on the 20 Books to 50k London Conference 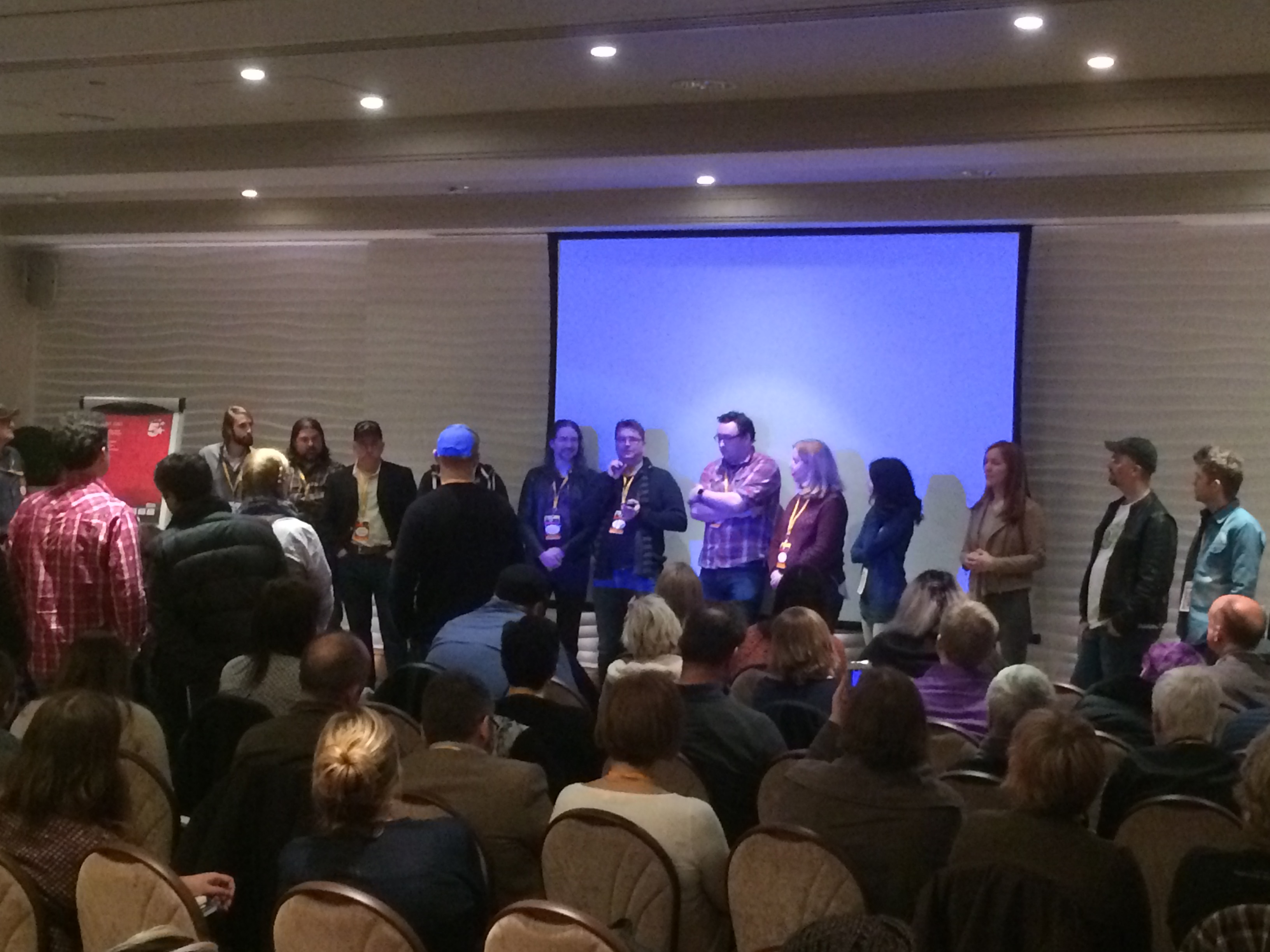 I spent most of January back in my home city of Bristol, partly to connect with the vibrant writing meetups that take place and re-connect with some old faces but also to travel down to Runnymead on Thames for the recent 20books London event in early February. In case you’re unaware, the 20booksto50k group began life as a forum and Facebook group for indie publishing authorpreneurs who are looking to make a living out of writing. Michael Anderle, author of the Kurtherian Universe books worked out he just needed to sell two books a day from a back-list of twenty books to make the $50k needed for his retirement plans. He came up with the number after noticing he was averaging $7.50 a day in income.

With that goal rapidly overtaken, LMBPN Publishing has become a major force in Indie publishing. His universe has expanded, now involving over fifteen other collaborative authors, all producing multi-genre books that have transformed into a multi-million dollar publishing business. Michael also credited his team who have weighed in on the management and co-authoring of this sprawling enterprise. Authors such as Craig Martell, Martha Carr, Steve Campbell, and many others.

This is my attempt to distil the takeaways from the conference.

Craig Martell hosted with typical marine like precision and we watched a series of great presentations from authors, both working with Michael and otherwise. Beats, series arcs, covers, blurbs and keywords were the focus of the first morning with an in-depth ‘murder boarding’ of some authors who volunteered up their books for scrutiny from the room. These are the crucial elements to converting eyeballs to sales and it was appreciated that a good chunk of time was dedicated to this.

Derek Murphy over-delivered in a list-building presentation that floated strategies well outside the box, in his typical rapid style. Giveaways, Instafreebie and the like all play their part but finding the true fans is the golden ticket. Just one great idea was running physical book competitions from other authors in your genre to help ease open the door for a networking relationship.

A change in the schedule accommodated Mark Dawson who shared his data on his recent dive into Kindle Unlimited with his Milton series. ‘Dive’ sounds reckless. Mark actually took the time to make sure a lion’s share of his readers were on Amazon via a survey before taking the plunge and it appears to be paying off. A jump to $86k in sales during January of this year. Nice!

Michael Cooper focused on Facebook ads, a bugbear for many authors and drilled into what Facebook is looking for. Turns out they don’t want ads to look like ads clogging up users feeds so my main takeaway was to source great images and test repeatedly.

Faleena Hopkins brought something very different to the proceedings with ‘Fighting your demons, achieving your dreams.’ Writers commonly suffer from self-doubt especially when it comes to reaching for a full-time income. In the Romance community, apparently, there is a lot of ‘hating’ and Faleena has been a victim of this. With affirmations, Faleema has helped herself and other authors take back the power to turn it into something positive.

Martha Carr took us behind the scenes with ‘Worldbuilding’. She is one of the creators of a second universe (A second Universe!) for LMBPN called ‘Oriceran’. Tools such as the Project management platform Asana and Storyshop are used to help coordinate the complexities of having different writers create in the same universe. We were left in no doubt that Martha ran a tight operation over there.

Abby-Lynn Knorr presented ’40 days to 4 figures’ a more attainable reach for most. Abby-Lynn’s story really resonated with me, being a bit of a nomad myself. She found herself in Italy with an opportunity to write and after making the decision within five minutes that this would be her career got straight to work. She also offered really useful insights into the craft that got me adding a few resources to my learning schedule. These were K.M Weiland’s outlining techniques and two screenwriting courses: Beyond Structure by David Freeman, and the Story Seminar by Robert McKee.

Going Wide with Dan Wood from Draft2Digital and Ricardo Fayet from Reedsy gave us insights into the benefits of taking our books across multiple outlets. The debate is strong on this one. Many, like Joanna Penn, cite this as the best strategy for a longer-term goal yet many authors, especially those writing in the urban fantasy and romance market have found great success in staying within the walled gardens of KU. A recent Walmart partnership to get ebooks from the Kobo platform promises to be interesting and the general consensus is to wait and watch. My own takeaway is to try both wide and KU with different series. So far, KU is winning but I’m convinced the landscape will change. Reedsy is a great platform for sourcing editorial talent and one I have recently used with great success. Their book editor for ebook production and layout is on my list to test out. Draft2Digital also have an exciting partnership with Findaway Voices for audiobook production and distribution.

Jonathan Brazee gave us an overview of professional organisations that can help support an author’s business. My takeaway is to join one. The networking and contacts alone is well worth it.

Barry Hutchison presented ‘bootstrapping a series’ laced with Scottish banter on minimising the costs involved in book production and marketing. You’ve either got the time or money. If you haven’t got the budget, make sure you have the time to learn and test with covers, production and editing and all the other cogs in the machine.

And so we came to the final stretch. The Open Floor questions with all the guest speakers ran on awhile but gave the audience a chance to question any one of them, if not all. Snippets of information, candid insights into working practices and a shed load of questions were answered.

For me, Michael Anderle made this event worth the modest ticket admission alone with powerful insights into his business and how he sees it moving forward. I love Michael’s story and feel the same need to publish page turning stories as well as writing my own. So, there it was. A packed weekend with frenzied note-taking, great conversation and endless coffee. The added bonus of the weekend was, of course, the coffee breaks, inclusive lunches and networking over dinner. Nothing beats catching up with fellow authors in this solitary profession.

I’ll leave it with one great sentence from the conference literature that, for me, sums up the weekend. “You work alone, but you are not alone.”